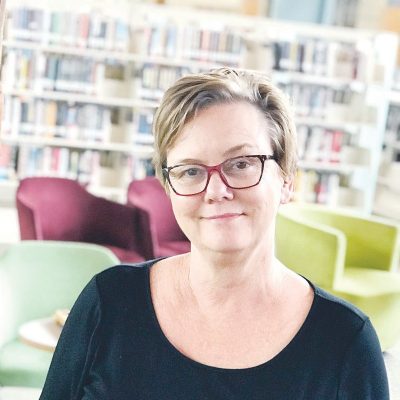 Rita Van Duinen is a career librarian with over 20 years of experience in the field. She began working in libraries while pursuing a degree in Russian Language and Literature at the University of Oregon in the 1980s. In 1993 she began a 17-year career at the UNC University Library system, during which she earned a Master of Science in Library Science from the school. Following a stint as lead instructor for Central Carolina Community College’s (CCCC) Library and Information Technology program and time spent as a consultant to the Washington, D.C.-based Council on Library and Information Resources(CLIR), she became branch manager of the Chatham Community Library in 2017.

A native of Greensboro, Van Duinen has been a Chatham County resident for more than 20 years.