Described as a “once-in-a-lifetime reading experience,” the memoir Searching for Amylu Danzer will be highlighted by author John Rosenthal at Chatham Literacy’s Spring for Literacy Author Event, 11am – 2pm at the Governor’s Club on April 5th.

Noted North Carolina author Clyde Edgerton says Rosenthal’s memoir is a book that will “knock you down” and to “skip it only if you’ve never lost someone you loved.” A noted essayist, legendary photographer and NPR commentator, Rosenthal will talk about why it took years to write this book about a former girlfriend who committed suicide. His memoir has been described as book with “gorgeous prose, biting humor and searing honesty.”

Rosenthal was a Professor of English at UNC-Chapel Hill in the late 1960’s and left to become both an essayist and photographer. Photographing for over 50 years, Rosenthal’s prints are shown in galleries and one-man shows across the US.

Rosenthal says he began taking photographs in New York after finding “places that were kind of fragile, just waiting to be destroyed by progress.” While not a documentarian, Rosenthal says he was always after something he would be able to find in a poem, “some bit of mystery, some image that would be suggestive of what surrounded it.”

Enigma is also a major theme in Rosenthal’s book. In it he describes why his girlfriend’s suicide “had become, accidentally, the archetypal mystery of my life.” This memoir of a posthumous friendship is described by significant North Carolina authors as a “once-in-a-lifetime reading experience” containing “lingering power and grace.”

Rosenthal is also widely remembered for his many spellbinding moments as a long-time commentator for National Public Radio’s All Things Considered program which included essays on photography and memory.

Chatham Literacy helps adults living or working in Chatham County acquire the literacy and educational skills they need to function successfully in society.

Purchase Searching for Amylu Danzer at Pittsboro’s McIntyre’s Books and 20% goes to Chatham Literacy. Use these links to buy the paperback for $19.99 or the hardcover for $24.99 online. Tax will be added. Or visit McIntyre’s Books at Fearrington Village, 220 Market Street, Pittsboro, NC 27312. 919-542-3030 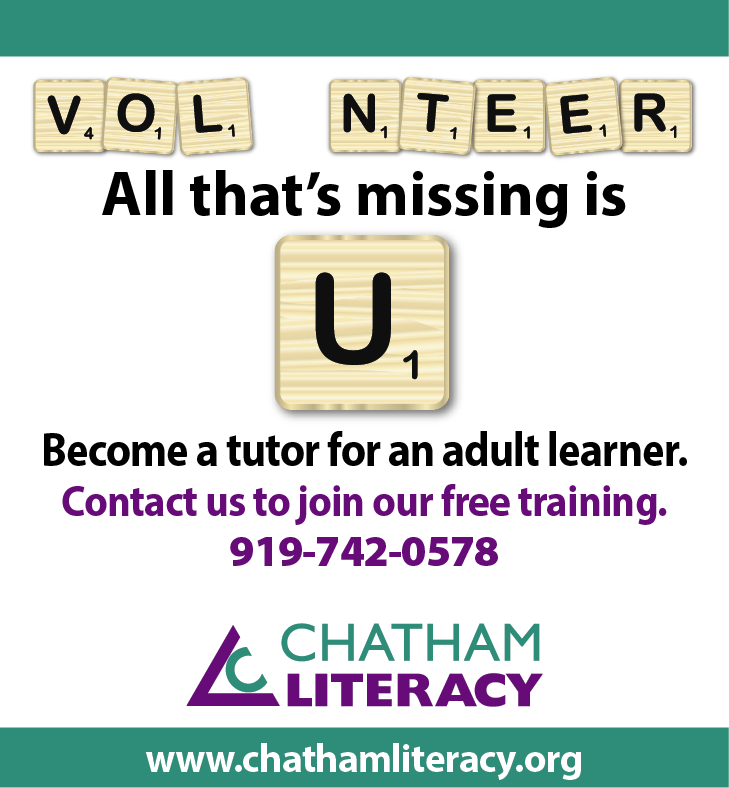